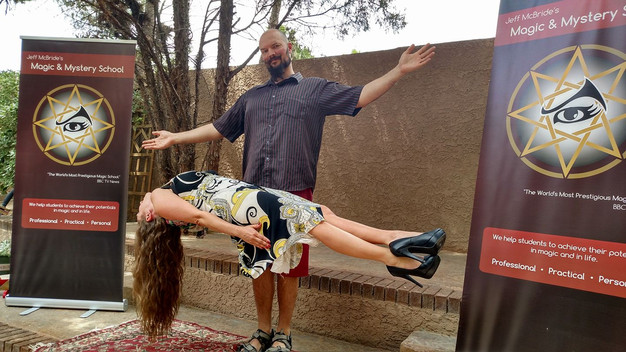 What about the exposed guys on YouTube?
Those people aren’t usually professionals. After all some of the cliches are true… “He who can, does. He who cannot, teaches.”
Back to the point… I worked as a full time entertainer for years with my only education being my engineering degree, magic books, and lots of practice. But eventually I felt that my audiences deserved to see the best possible ME. Most people have never seen a magician live, and I wanted to make the most of those rare experiences. I wanted to elevate my performances, and the only way to do that was to get professional training! Fortunately for me, the opportunity arose to meet with two of the greatest magicians alive today.
Jeff McBride and Greg Gleason definitely do not fit the old cliche about those who can’t.
They walk the walk! 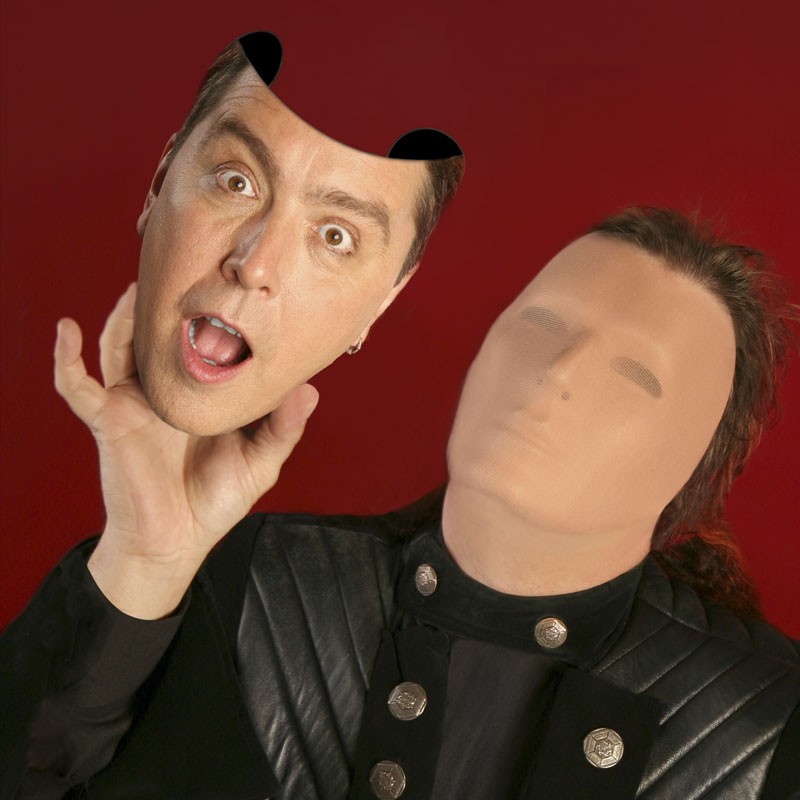 Jeff McBride, a three time award winner at the International Grand Prix of Magic in Monte Carlo, is widely recognized as a foremost innovator and most exciting performer in contemporary magic. Naming him “Vegas’ Best” Magician several years ago, the Las Vegas Review Journal wrote: “Light years ahead of the pack.. McBride is easily the most exciting and mesmerizing magician I’ve seen in years.” For several years, McBride headlined at Caesars Magical Empire in Las Vegas, where he was voted critics’ choice as Best Magician in Las Vegas.
He is also a three-time Guiness World Record holder.
McBride’s magic has been featured on every major television network, with the most recent appearances on The World Magic Awards and Masters of Illusion on MyNetwork, and judging VH-1’s Celebracadabra! and on A&E’s Mindfreak with Criss Angel.
Previously his Mask & Card Act was featured on World’s Greatest Magicians on NBC, he was Burned Alive on ABC’s Champions of Magic, and he was heavily featured as both performer and expert on PBS’s “The Art of Magic” and TLC’s “Mysteries of Magic.” I was also very fortunate to receive training from Greg Gleason. Greg is one of the top performing magicians in the world, doing shows literally all over the world. In Las Vegas, he starred in “The Wizard’s Secrets” at the MGM Hotel and Casino, performing a record-breaking 9000 shows there. He also went on to star in “Gleason Magic – Embrace the Mystery” at the Venetian Hotel and Casino. Greg has taken both his grand illusion show and his sleight-of-hand show around the world, performing on extended contracts in Japan and China. He has toured the U.S. five times in sold out performing art theaters. He is also a favorite headliner with the top luxury cruise lines. 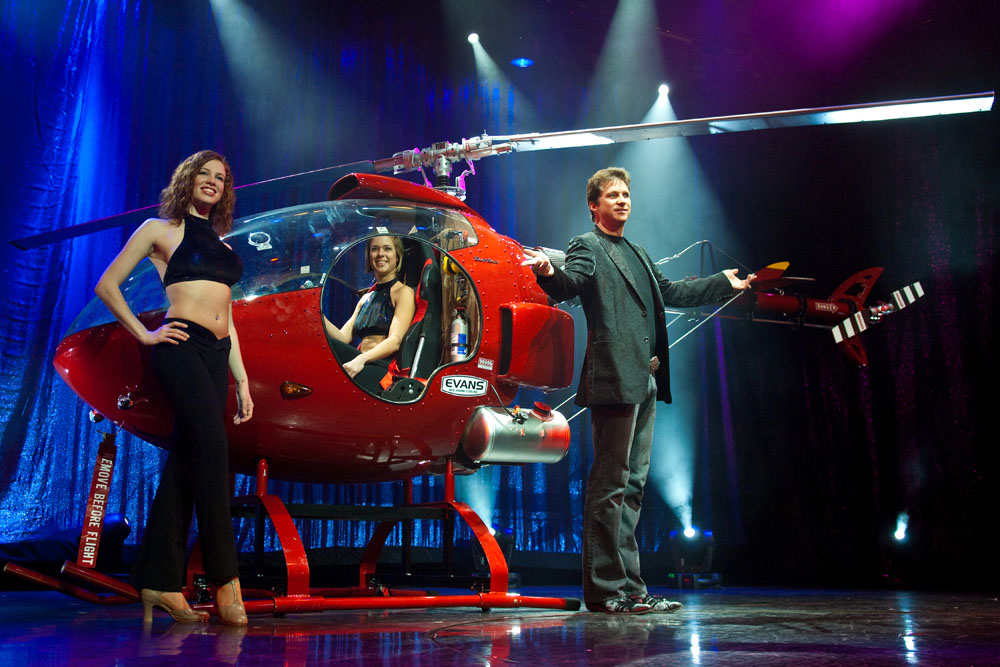 One of the maxims of Mystery School… there are no graduates of Mystery School… because those of us who are perpetually growing are perpetual students.
What did I experience at Mystery School? Well, one thing I learned there was the value and tradition of protecting the secrets of my time honored profession. If you want to know what it’s like at Mystery School, you’ll have to go yourself…
If you can! Ready for another old Cliche? When the student is ready, the Master will appear.
Thanks Elias “Lefty” Caress www.eliascaress.com www.facebook.com/eliasleftycaress www.twitter.com/eliascaress
PrevPrevious5 Necessary Steps To being Mysterious
NextCreativity: Timeless Magician’s Secrets to be More Creative Part 1Next